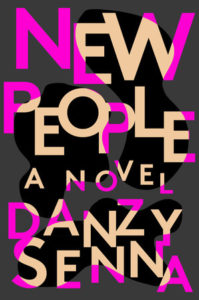 Danzy Senna is the author of three novels, a memoir and a short-story collection along with numerous essays centering on the issues of identity, motherhood, gender and race. Her first book, Caucasia, has been translated into ten languages, won the Stephen Crane Award for First Fiction, and was named one of the LA Times Best Books of the Year in 1998. Her most recent novel, New People, has been named a Best Book of the Year by the New York Times Book Review, Vogue, Time Magazine, NPR and The Root.  Book Page called New People, “ . . . blazing, unstoppable  . . .  a fast, darkly funny read.”  Newsday said, “. . . its compound of caustic observations and shrewd characterizations could only have emerged from a writer as finely tuned to her social milieu as [Jane] Austen was to hers.”  Ms. Senna was born and raised in Boston. She earned a BS from Stanford University and an MFA in creative writing from the University of California, Irvine. Ms. Senna was the recipient of the 2016 Dos Passos Prize for Literature. She presently lives in South Pasadena and is an Associate Professor of English at the University of Southern California.