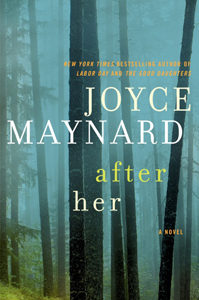 Joyce Maynard burst on the national scene when she was a freshman at Yale with her New York Times cover story “An Eighteen-Year-Old Looks Back on Life.” Since then she’s written two best-selling memoirs, Looking Back and At Home in the World, and eight novels. Two of her novels have been made into movies – To Die For, starring Nicole Kidman,and Labor Day, starring Kate Winslet and Josh Brolin. Her essays have appeared in the New York Times, Vogue, More, and O Magazine, and have been widely anthologized.The Washington Post called Maynard’s latest novel, After Her, “convincing and poignant.” Maynard is a Fellow at the MacDowell Artists’ Colony and Yaddo and also runs the Lake Atitlan Writing Workshop in Guatemala.