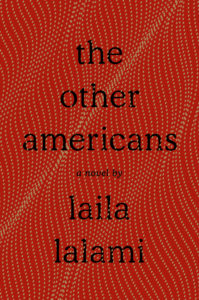 The Other Americans tells a tale of the suspicious death of a Moroccan immigrant that is at once a family saga, a murder mystery, and a love story. The novel is built along the fault lines of our national identity, and asks who gets to call themselves an American? The Other Americans is one of five finalists for the 2019 National Book Award for Fiction and was named one of Time Magazine‘s Best Fiction of 2019. Lalami is the author of three other novels, including The Moor’s Account, which won the American Book Award, the Arab American Book Award, and the Hurston/Wright Legacy Award, and was a finalist for the Man Booker Prize and the Pulitzer Prize.

Lalami was born in Rabat, Morocco, and educated there and in Great Britain and the United States. She writes the “Between the Lines” column for The Nation magazine and is a critic-at-large for the Los Angeles Times. The recipient of a British Council Fellowship, a Fulbright Fellowship, and a Guggenheim Fellowship, she teaches at the University of California at Riverside.

“Powerful…Fascinating…Heartbreaking…It matters desperately…” — New York Times Book Review. “Lalami may be our finest contemporary chronicler of immigration and its discontents.” The Washington Post.