Nicholas Meyer is an award-winning author, screenwriter, and director. His body of creative work in publishing, film, and television spans more than five decades. He published his first novel, Target Practice, that won an Edgar nomination. His Sherlock Holmes pastiche, The Seven-Per-Cent Solution, remained on the NY Times Bestseller list for 40 weeks and won the British Gold Dagger award for crime fiction and the screenplay for the film was nominated for an Academy Award. Subsequent novels include four other Holmes pastiches, NY Times Bestseller The West End Horror, The Canary Trainer, The Adventure of the Peculiar Protocols, and Black Orchid with Barry Jay Kaplan, as well as Confessions of a Homing Pigeon and Meyer’s memoir, The View from the Bridge: Memories of Star Trek and a Life in Hollywood. A new Sherlock Holmes novel, The Return of The Pharaoh, will be published Fall 2020. Meyer directed Star Trek II: The Wrath of Khan widely considered the best of the Star Trek cinema canon. Meyer wrote two screenplays based on Philip Roth novels: The Human Stain and Elegy based on Roth’s The Dying Animal. He directed ABC’s The Day After, which remains the single most-watched television film ever made and was nominated for fourteen Emmys. Meyer’s script for the miniseries, Houdini was nominated for a WGA award and the series for seven Emmys. He is co-creator of the Netflix series Medici—Masters of Florence and worked on Star Trek: Discovery for CBS Access. 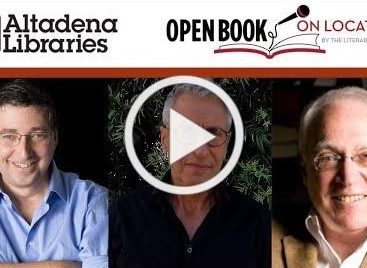