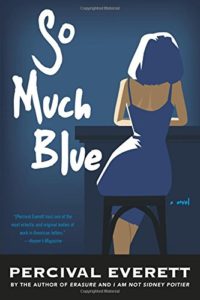 Percival Everett has been called “one of our culture’s preeminent novelists, a nonpareil ironist-satirist.” (LA Times). He is the author of nearly 30 books, in multiple genres, including Erasure, I’m Not Sidney Portier, and his latest novel, So Much Blue. The Boston Globe raved about So Much Blue, saying, “Three stories, scattered across time . . . taken together they add up to a masterpiece.” NPR called So Much Blue, “a generous, thrilling book by a man who might well be America’s most under-recognized literary master.” Percival Everett is Distinguished Professor of English at the University of Southern California, and the recipient of the Academy Award, the Hurston/Wright Legacy Award, the Believer Book Award, and the 2006 PEN USA Center Award for Fiction.