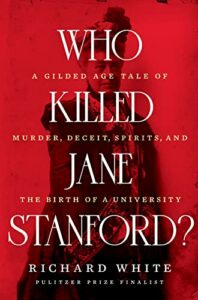 Richard White is an historian of the United States specializing in the American West, the history of capitalism, environmental history, history and memory, and Native American history. His work has occasionally spilled over into Mexico, Canada, France, Australia and Ireland. He is a MacArthur Fellow and a recipient of the Mellon Distinguished Professor Award. White has won numerous academic prizes, and twice been a finalist for the Pulitzer Prize.

Who Killed Jane Stanford? penetrates the fog of corruption and cover-up still surrounding the murder of a Stanford University founder to establish who did it, how, and why. Deftly sifting the scattered evidence and conflicting stories of suspects and witnesses, Richard White gives us the first full account of Jane Stanford’s murder and its cover-up. Against a backdrop of the city’s machine politics, rogue policing, tong wars, and heated newspaper rivalries, White’s search for the murderer draws us into Jane Stanford’s imperious household and the academic enmities of the university. 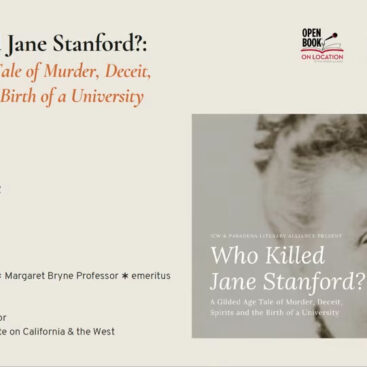 Who Killed Jane Stanford? A Gilded Age Tale of Murder, Deceit, Spirits and the Birth of a University – Episode 15