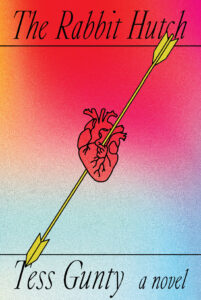 Winner of the 2022 National Book Award

Tess Gunty’s debut novel, The Rabbit Hutch, was named the winner of the 2022 National Book Award for Fiction. Gunty earned an MFA in creative writing from NYU, where she was a Lillian Vernon Fellow. Her work has appeared in The Iowa Review, Joyland, Los Angeles Review of Books, No Tokens, Flash, and elsewhere. Published to widespread critical acclaim, the novel follows an odd assortment of residents who live in a crumbling apartment building in a dying town in the post-industrial Midwest. Set across one week and culminating in a shocking act of violence, The Rabbit Hutch chronicles a town on the brink, desperate for rebirth. Gunty was raised in South Bend, Indiana, and lives in Los Angeles.