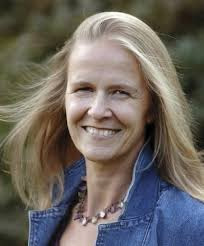 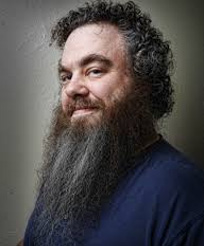 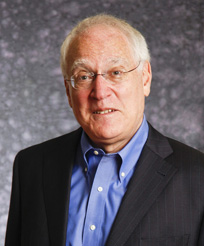 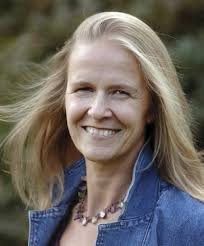 For years Cornelia Funke has been one of the best-known and bestselling children’s authors in Germany. In fact, many people have called her the German J. K. Rowling. Americans, however, were not exposed to Funke’s work until 2002, when her book Herr der Diebe was translated into English and released by Scholastic Press as The Thief Lord. The book made every major bestseller list and won countless awards. It also established Funke as a storyteller on an international scale, since the book has since been published in nearly forty countries. In 2003 Funke released her second book, Inkheart. Publisher’s Weekly called it “delectably transfixing,” and readers were left clamoring for more of their favorite new author. She always does her own sketches in pen and ink – she creates a picture of her own characters to help her write about them. Cornelia Funke describes herself as a passionate reader and one of her goals as an author is to “try to awaken the passion for reading in children and adults.”

Cornelia Funke and Oscar winning writer-director Guillermo del Toro have come together to transform del Toro’s hit movie Pan’s Labyrinth into an epic and dark fantasy novel for readers of all ages, complete with haunting illustrations and enchanting short stories that flesh out the folklore of this fascinating world. This spellbinding tale takes readers to a sinister, magical, and war-torn world filled with richly drawn characters like trickster fauns, murderous soldiers, child-eating monsters, courageous rebels, and a long-lost princess hoping to be reunited with her family. 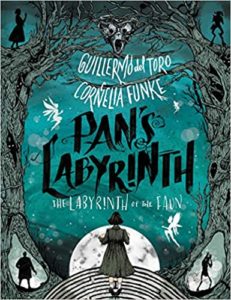 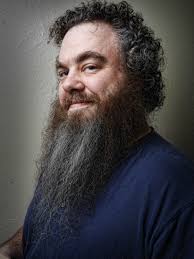 Patrick Rothfuss is an American writer of epic fantasy. He is best known for his ongoing trilogy The Kingkiller Chronicle, which won him several awards, including the 2007 Quill Award for his debut novel, The Name of the Wind. Its sequel, The Wise Man’s Fear, topped The New York Times Best Seller list. He was born in Madison, Wisconsin to awesome parents who encouraged him to read and create through reading to him, gentle boosts of self-esteem, and deprivation of cable television. During his formative years, he read extensively and wrote terrible short stories and poetry to teach himself what not to do. He started and organizes a charity fundraiser called Worldbuilders which, since 2008, has raised over $10 million, primarily for Heifer International, a charity that provides livestock, clean water, education, and training for communities in the developing world. Life continues to rock for him, and he’s working hard on writing the final installment of the series.

The Name of the Wind

My name is Kvothe. I have stolen princesses back from sleeping barrow kings. I burned down the town of Trebon. I have spent the night with Felurian and left with both my sanity and my life. I was expelled from the University at a younger age than most people are allowed in. I tread paths by moonlight that others fear to speak of during day. I have talked to Gods, loved women, and written songs that make the minstrels weep. So begins a tale unequaled in fantasy literature—the story of a hero told in his own voice. It is a tale of sorrow, a tale of survival, a tale of one man’s search for meaning in his universe, and how that search, and the indomitable will that drove it, gave birth to a legend. 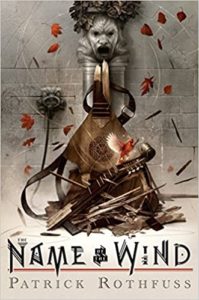 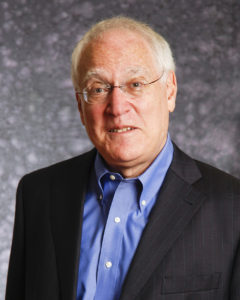 Leslie S. Klinger is considered to be one of the world’s foremost authorities on Sherlock Holmes, Dracula, H. P. Lovecraft, Frankenstein, and the history of mystery and horror fiction. His work has received numerous awards and nominations, including the Edgar for Best Critical-Biographical Book in 2005 for The New Annotated Sherlock Holmes: The Complete Short Stories and in 2019 for Classic American Crime Fiction of the 1920s. He is currently nominated for an Anthony for Best Critical/Non-fiction for Classic American Crime Fiction of the 1920s. Klinger also lectures extensively on Sherlock Holmes and Dr. Watson, Arthur Conan Doyle, Dracula, Bram Stoker, H. P. Lovecraft, and the Victorian age. He has taught a number of courses on these topics for UCLA Extension. Klinger has traveled extensively as a public speaker on these topics, including programs in Istanbul, Transylvania, Toronto, and the House of Lords in London, as well as college campuses around the U.S.

Destined to be a treasure for the millions of fans who made American Gods an internationally bestselling phenomenon, this beautifully designed and illustrated collectible edition of Neil Gaiman’s revered masterpiece features enlightening and incisive notes throughout by award-winning annotator and editor Leslie S. Klinger. A perennial favorite of readers worldwide, American Gods tells the story of ex-con Shadow Moon, who emerges from prison and is recruited to be bodyguard, driver, and errand boy for the enigmatic Mr. Wednesday. So begins a dark and strange road trip full of fantastical adventures and a host of eccentric characters. For, beneath the placid surface of everyday life, a storm is brewing—an epic war for the very soul of America—and Shadow is standing squarely in its path. This annotated volume of the Author’s Preferred Text features analysis from Leslie S. Klinger. His trenchant commentary identifies gods and supernatural beings, elucidates key phrases, and shows how Gaiman built his award-winning novel, giving readers unparalleled insight into the story and into Gaiman’s creative process and authorial decisions. Carefully chosen illustrations complement and illuminate the narrative. 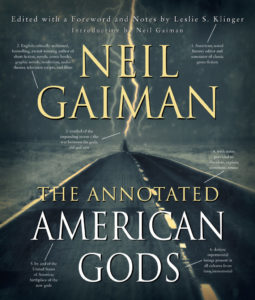 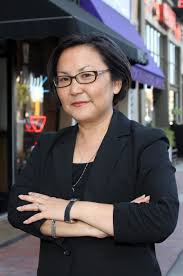 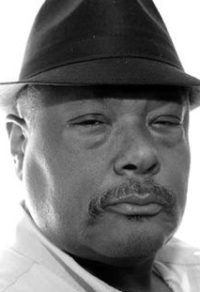 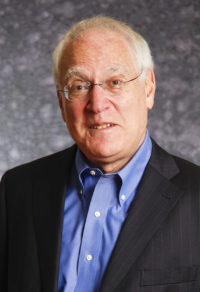 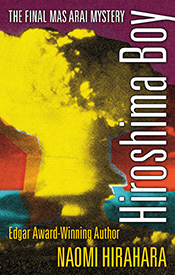 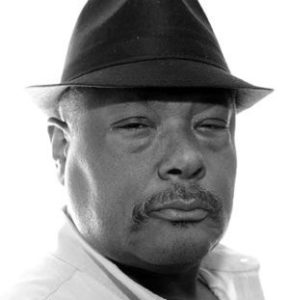 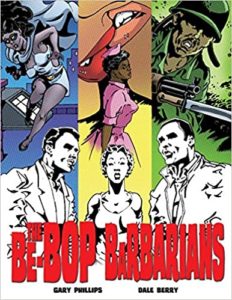 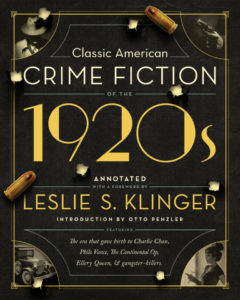 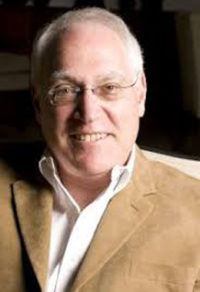 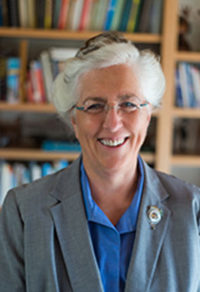 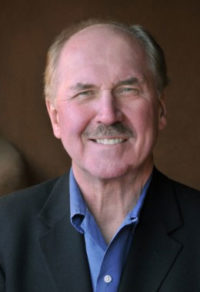 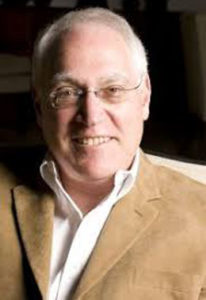 Leslie S. Klinger is considered to be one of the world’s foremost authorities on Sherlock Holmes, Dracula, H. P. Lovecraft, Frankenstein, and the history of mystery and horror fiction. Klinger is a long-time member of the Baker Street Irregulars, and served as the Series Editor for the Manuscript Series of The Baker Street Irregulars; he is currently the Series Editor for the BSI’s Biography Series. He served three terms as Chapter President of the SoCal Chapter of the Mystery Writers of America and on its National Board.

For the Sake of the Game is the latest volume in the award-winning series from New York Times bestselling editors Laurie R. King and Leslie S. Klinger, with stories of Sherlock Holmes, Dr. Watson, and friends in a variety of eras and forms. King and Klinger have a simple formula: ask some of the world’s greatest writers―regardless of genre―to be inspired by the stories of Arthur Conan Doyle. 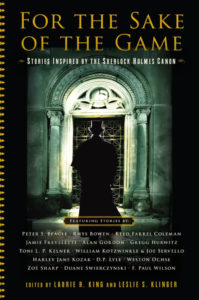 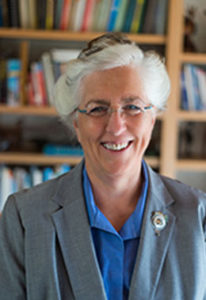 Laurie R. King is the New York Times bestselling author of 27 novels and other works, including the Mary Russell-Sherlock Holmes stories (from The Beekeeper’s Apprentice, named one of the 20th century’s best crime novels by the IMBA, to 2018’s Island of the Mad). She has won an alphabet of prizes from Agatha to Wolfe, been chosen as guest of honor at several crime conventions, and is probably the only writer to have both an Edgar and an honorary doctorate in theology. She was inducted into the Baker Street Irregulars in 2010, as “The Red Circle.”

In Laurie’s upcoming book, Rivera Gold, Mary Russell and Sherlock Holmes find themselves immersed in the social scene of American expatriates, who spend their days on the beach in the Rivera and their evenings in villas filled with music and enthralling conversation. Despite the luxury and leisure, a new mystery arises. Release date is June 9, 2020. 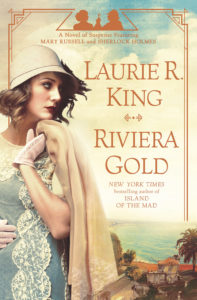 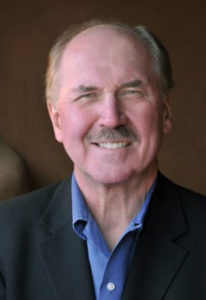 David Morrell is the award-winning author of First Blood, the novel in which Rambo was created. Always interested in different ways to tell a story, he wrote the six-part comic-book series, Captain America: The Chosen, the two-part comic-book series, Spider-Man: Frost, and the standalone comic book, Savage Wolverine:Feral. Morrell’s latest novels, Murder as a Fine Art, Inspector of the Dead, and Ruler of the Night are Victorian mystery/thrillers that explore the fascinating world of 1850s London. He is an Edgar, Anthony, Thriller, and Arthur Ellis finalist, a Nero and Macavity winner, and a three-time recipient of the distinguished Bram Stoker Award from the Horror Writers Association.

Murder As a Fine Art is the first in a three-book Victorian mystery/thriller series. Each novel has a backdrop of a real 1800s crime that paralyzed England: the Radcliffe Highway mass murders, the numerous attempts to assassinate Queen Victoria, and the first murder on an English train (on 1800s English trains, no one could hear you scream). 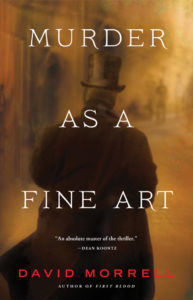 What is Open Book On Location?

If you want to be notified of the next release, Please give us your email:

Thank you to all 2019 season Open Book sponsors:

What is the Open Book Series?

Building on the successful Pasadena Festival of Woman Authors event which has been presented annually since 2009, the vision for the new series is to provide opportunities for the community to enjoy authors of all kinds – both established and emerging, national and local, men and women, writers of fiction and non-fiction – in settings that complement the author’s work or background and allow for engagement with the attendees.