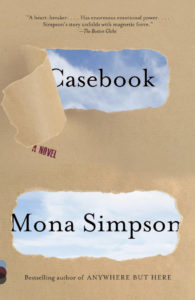 The celebrated and award-winning Mona Simpson first achieved literary fame with her novel Anywhere But Here, which won the Whiting Prize and was made into a movie starring Susan Sarandon and Natalie Portman. Four acclaimed novels later, she brings us Casebook, named an Amazon Best Book of the Month. NPR called it “a sort of cross between The Catcher in the Rye and Harriet the Spy. But it is very much its own book, singular and haunting.” Mona Simpson is a professor of English at UCLA and the Sadie Samuelson Levy Professor in Languages and Literature at Bard College. Her awards include the Chicago Tribune Heartland Prize, a Lila Wallace Reader’s Digest Award, a Guggenheim grant, a Hodder Fellowship from Princeton University, and most recently, a Literature Award from the American Academy of Arts and Sciences.